Fawn and White Runner ducks are one of the most commonly sold hatchery varieties of ducks. While they lack the upright body type of exhibition-style Runners, Fawn and White Runners are distinctive in appearance, with slightly concave, expressive heads, brilliant coloring, and wine bottle-shaped bodies. 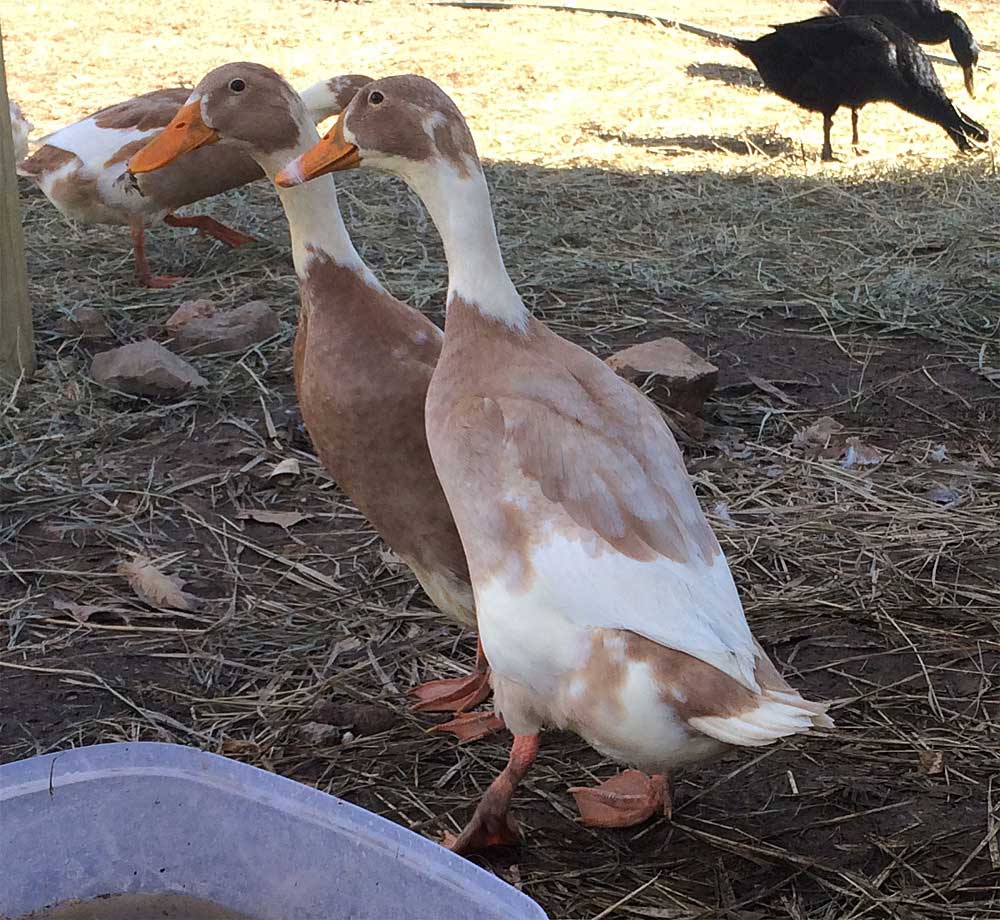 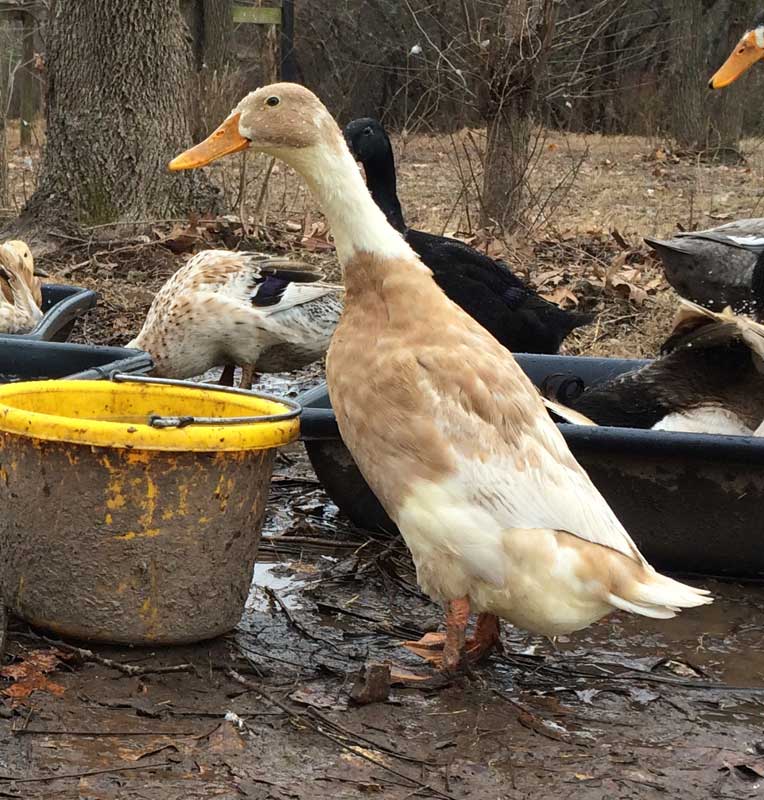 Runners are known for their distinctive gait. Instead of waddling like many ducks, they run! When alert, they stand very upright, but they are capable of being as horizontal as any duck when swimming or foraging.

As one of the more commercially-bred varieties of Runners, Fawn & Whites tend to be prolific egg layers. Their eggs are huge and white, which makes them ideal for those who wish to sell or use duck eggs.

Their small size means they are very efficient for keeping your feed bill down. Runners are well known as one of the most active foraging breeds. They consume a huge number of insects every day, and they cover a surprising amount of ground. If you watch your flock of Runners, you will see them quickly rooting in the grass, pecking bugs off dirt and trees, and darting from place to place in glee. 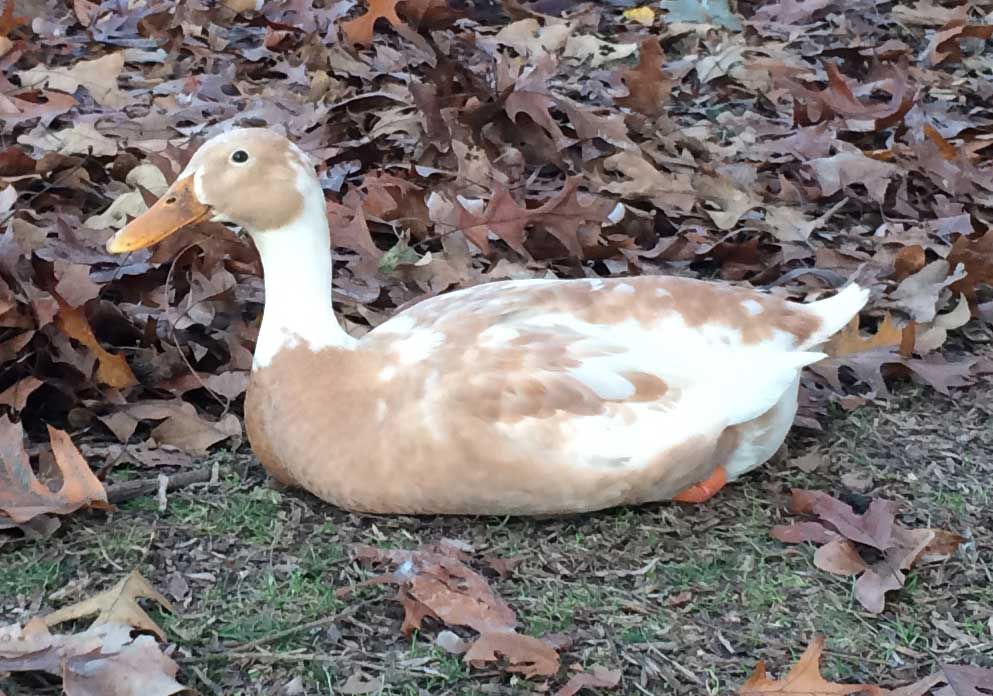 Since they are a commercial variety of duck, some of the breed qualities of a true exhibition-style Runner have been lost in Fawn & White. This causes some to avoid them, mistaking a departure from breed type for lack of quality. Obviously, if your goal is to breed or show to the APA standard, you probably have little use for Fawn & Whites. But if you want pet ducks, excellent layers, and hugely beneficial bug-eaters, you truly can’t go wrong with Fawn & White Runner Ducks. 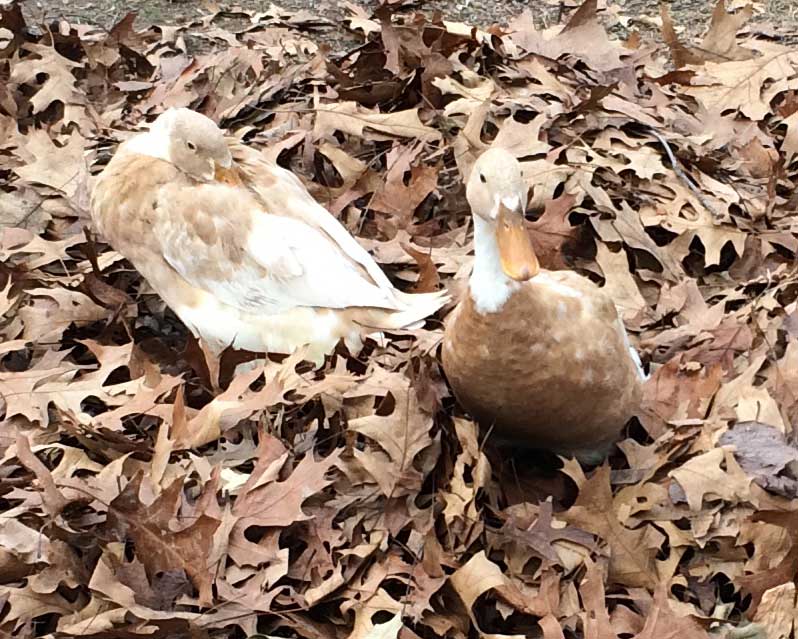