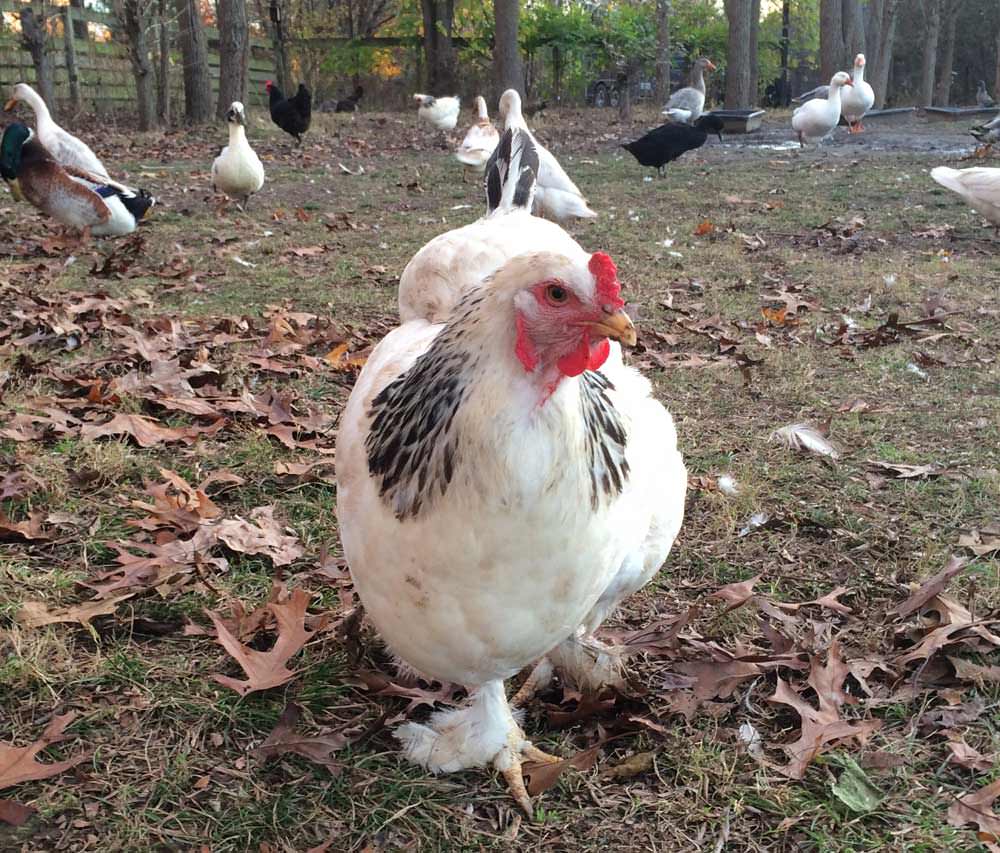 Despite being classified as an Asian breed, Light Brahmas appear to have been developed in the United States from imported Asian stock. They are similar to the Cochin in some respects, but Brahmas have a pea comb and a very distinctive “plume” tail, as opposed to the Cochin’s rounded tail.

Brahmas lay about 150 eggs a year, which means they aren’t very productive layers. However, what they lack in laying ability they more than make up for in personality. My Brahmas are very shy, yet they are some of the first to come running for treats. 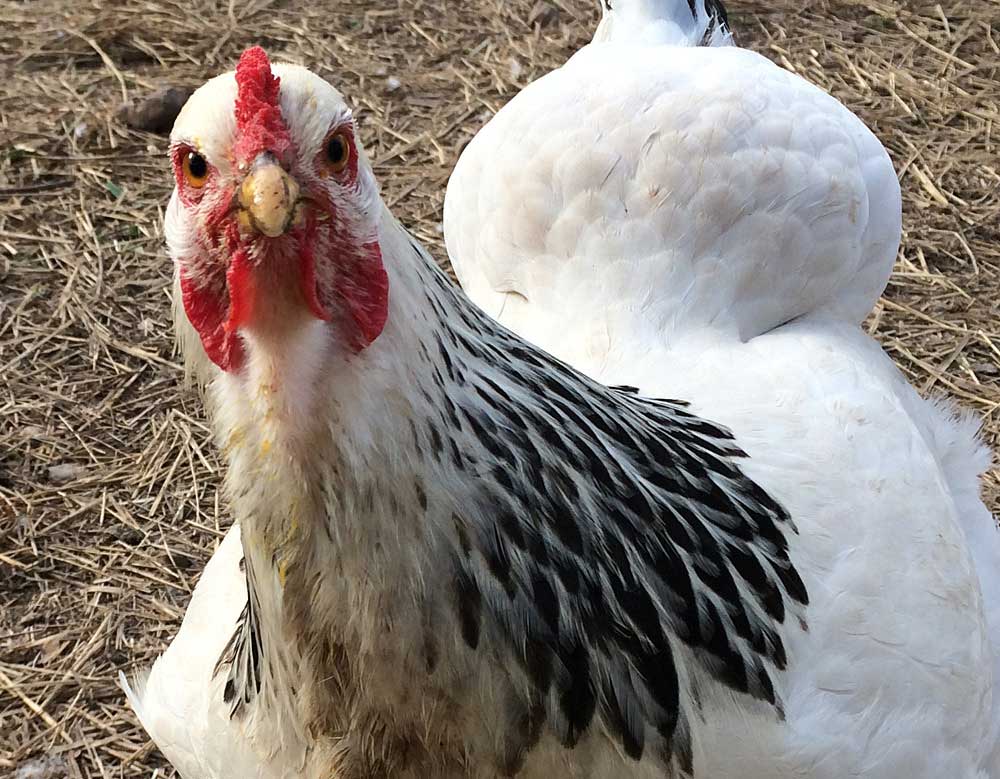 One of the Brahma’s most distinguishing features are its feathered legs. While leg feathers rarely pose a health risk for chickens, you should be aware they are prone to damage, so your Brahmas will probably not keep their full, luxurious leg feathers year round. By the time my Brahmas are ready to molt, they’ve started to look rather ratty–but that goes for most breeds of chickens!

Brahmas come in several colors, but the Light Brahma is the most commonly seen variety. Light Brahmas have the “Columbian” pattern seen in other breeds, consisting of a solid white body with laced black feathers on the neck, tail, and legs. 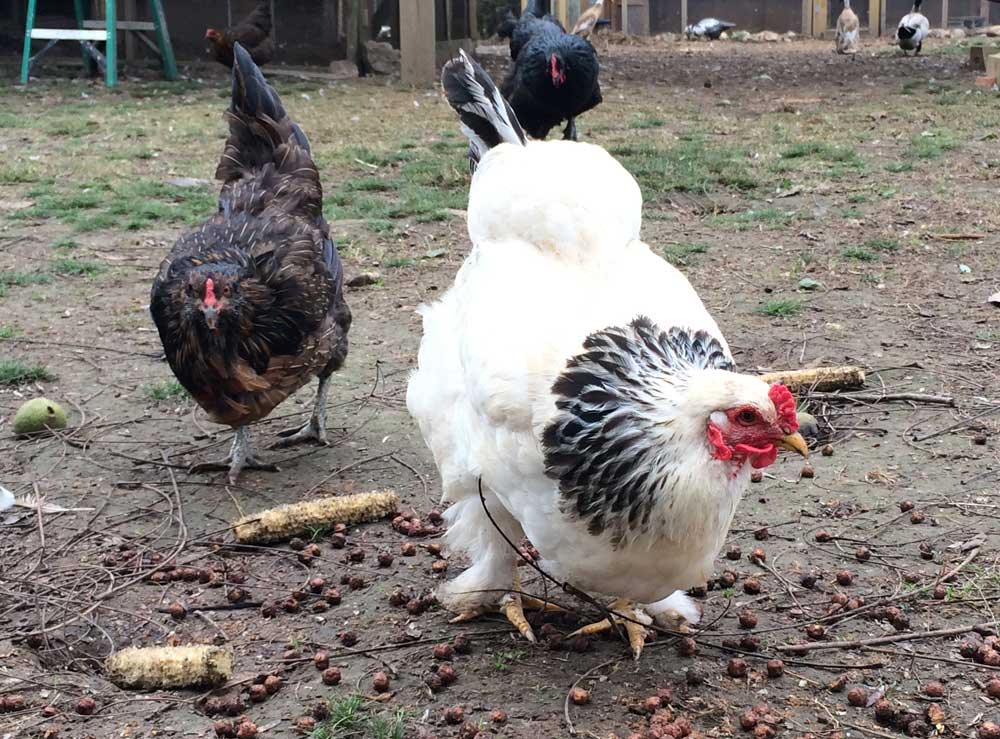 The Brahma is an exceptionally winter-hardy chicken due to its dense feathering. Its tiny pea comb is far less likely to get frostbite than the floppy single combs of some other breeds. This means they don’t do very well in brutal heat, but as long as your Brahmas have plenty of water and shelter, they should do fine in the summer too.

I can’t imagine not having at least a few Brahmas in my flock. They may not be the most practical to have in large numbers due to their size and poor laying ability, but they are one of the best pet chickens available! 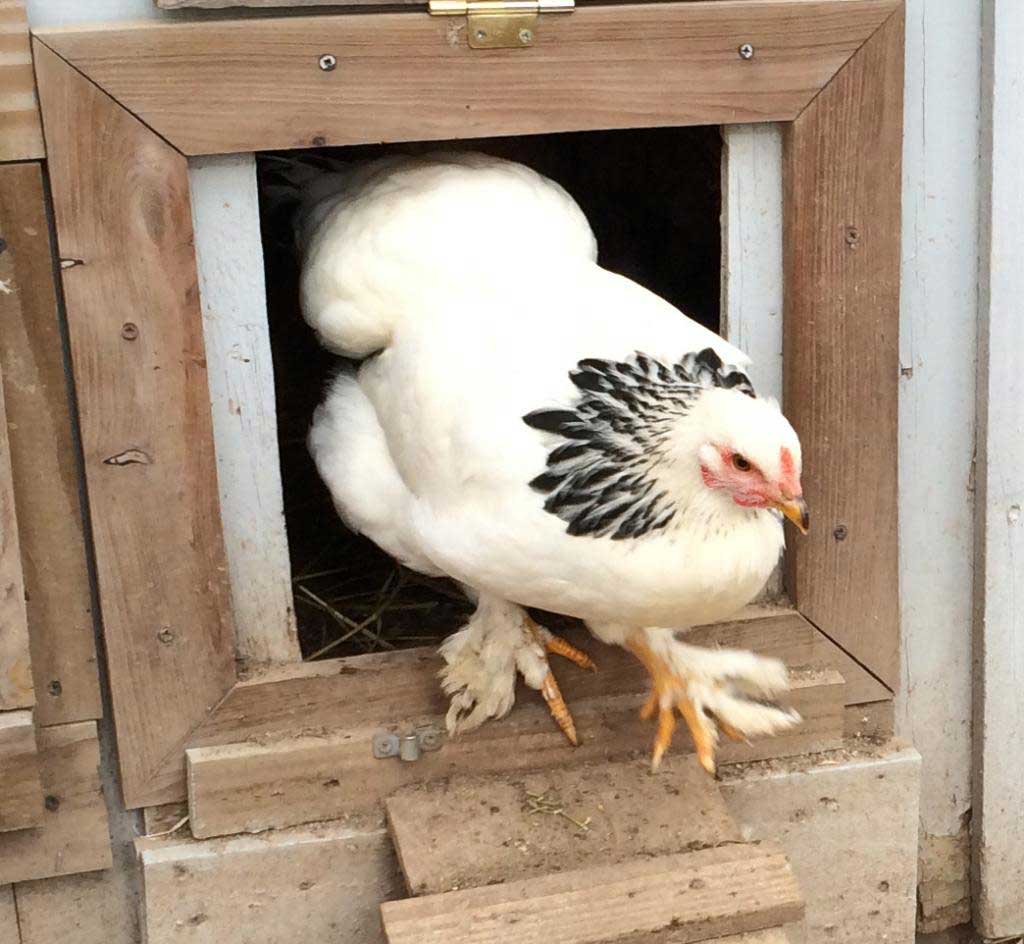