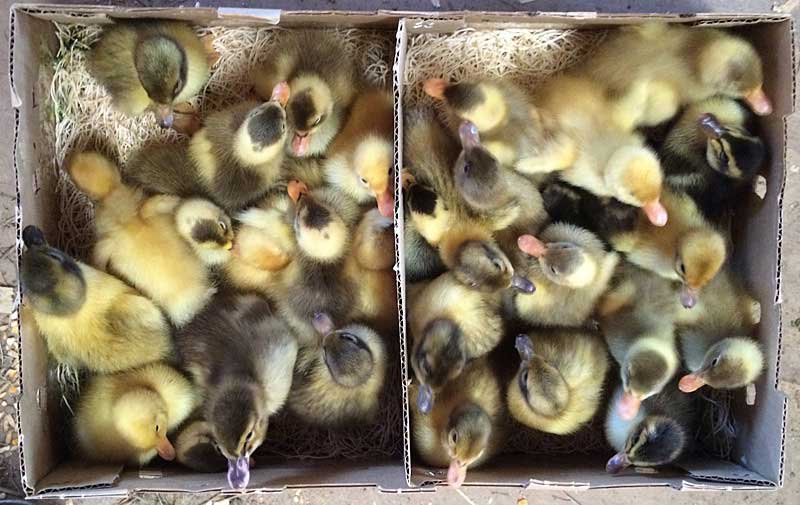 Holderread Waterfowl Farm has a long-standing and well-deserved reputation as breeders of high quality ducks and geese. Owned by Dave Holderread, a celebrity in the duck world due to his major contributions to duck breeding and exhibition, Holderread Waterfowl Farm has been slowly scaling down over the years as the owners age. I was very excited to order 20 Runner ducklings and 10 Welsh Harlequin ducklings from the famous farm this May. 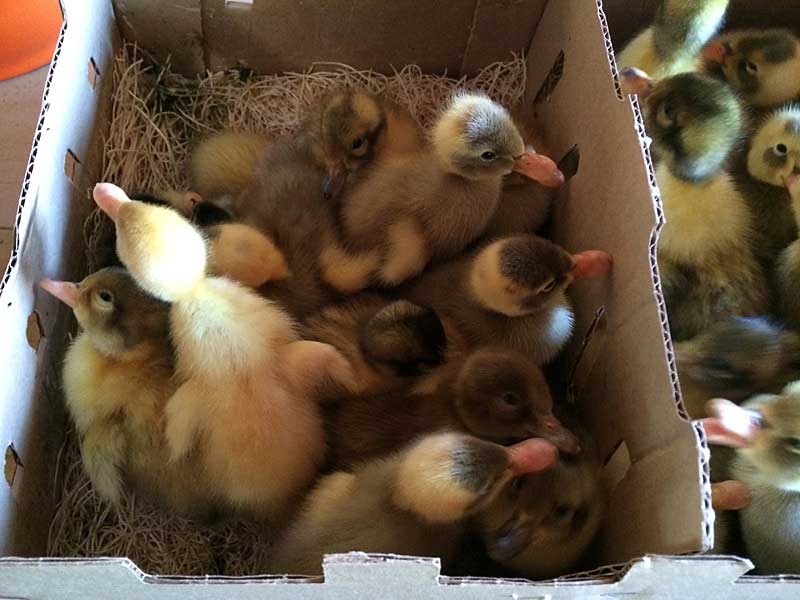 They arrived in a well insulated box and were no worse for wear despite being shipped across the country. They were all immediately lively and absolutely adorable! 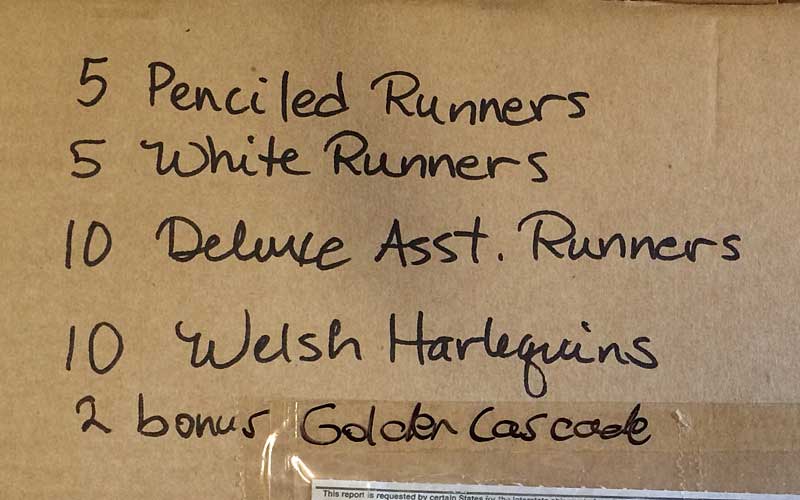 I was especially happy to see Holderread Waterfowl Farm chose to include two bonus Golden Cascade ducklings, a male and a female. The Golden Cascade is a breed developed at their farm to be sex linked and excellent dual purpose (egg and meat) ducks. I still have my two Cascades. They are a beautiful addition to the flock. 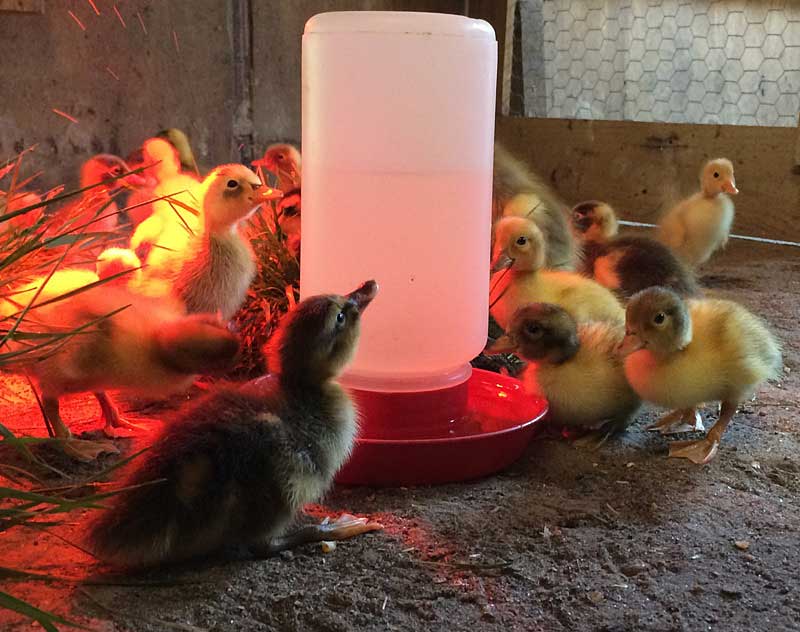 All of the ducklings survived to adulthood. Most were good quality (though not top quality, since I elected to get their normal offerings instead of the more expensive “top show quality” offered by the farm, since my ducks are mostly pets). However, of the 32 Holderread ducklings, three did have health problems–which is still a good ratio.

One male Runner has wry neck, one female Harlequin has wry tail, and a female white Runner died of unknown causes. The two “wry” ducks are still in my flock–they are happy and healthy despite their spinal deformities. 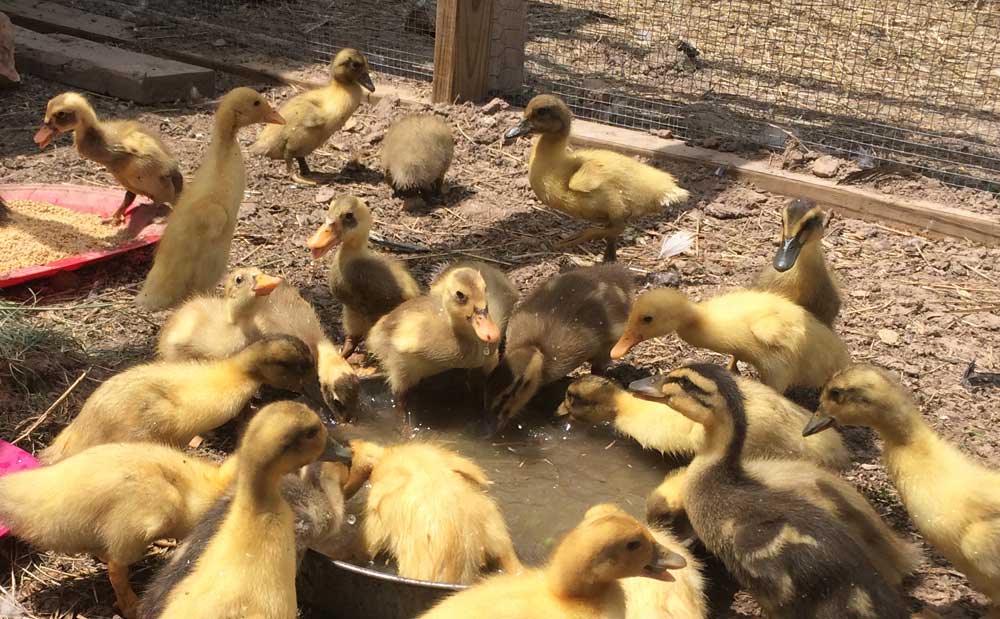 I was especially happy to get Runners from Holderread, because they are the proper upright exhibition-style Runners. I think production-quality Runners from hatcheries are just as adorable, but I really wanted the tall, quality ones. I didn’t know at the time of ordering, but Holderread has decided to stop breeding Runners as of 2016, so I am extra happy to have ordered them when I did! 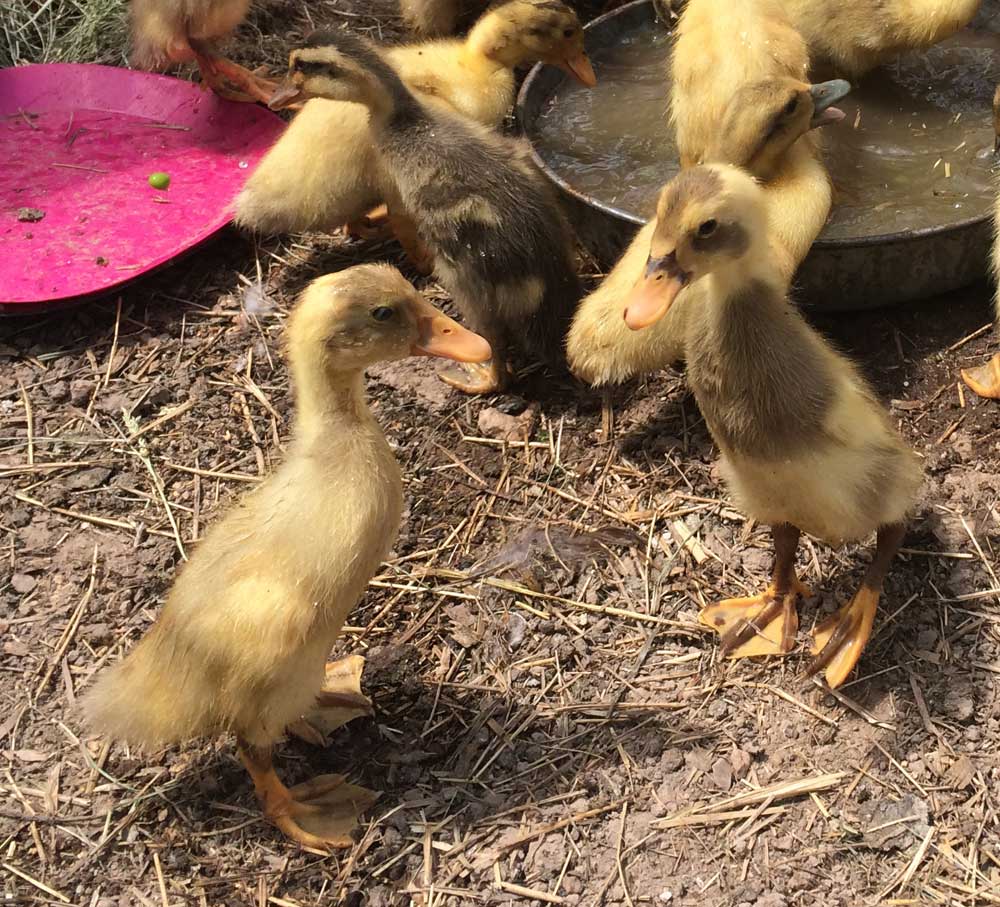 Since Runners are prone to being very nervous and flighty, I decided to buy Welsh Harlequins, a calm breed, to go with them. I have had great success in raising skittish breeds with calm breeds in the past, and it paid off again. The Holderread runners were never excessively scared of people and are some of the pushiest and friendliest in the flock as adults. 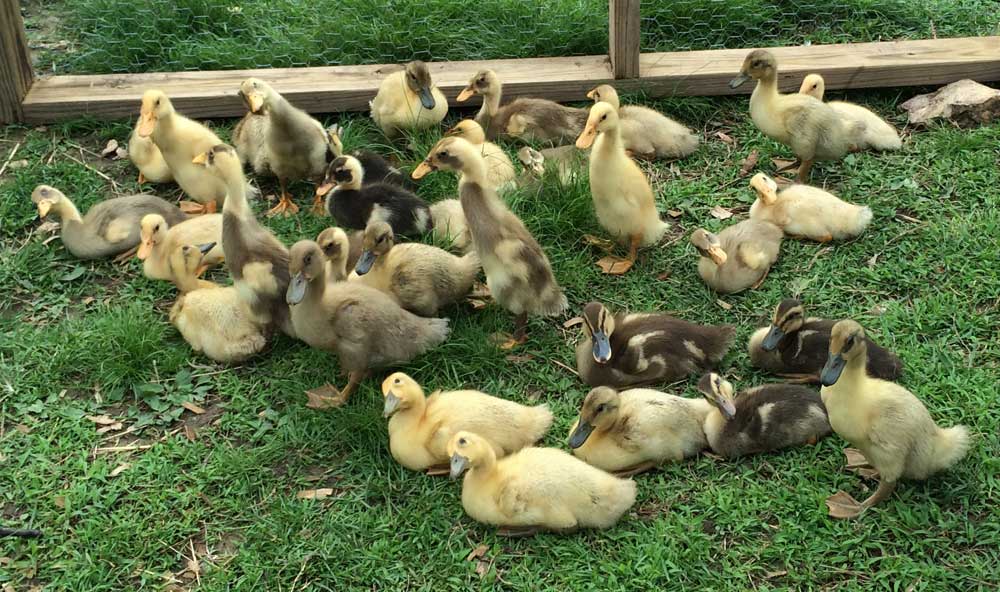 The Holderread Welsh Harlequins are beautiful! I got a mix of silver and gold. In hindsight I wish I had ordered more gold Harlequins–they are simply striking, and I only got two gold females (all of the others, including all the males, are silver). Fortunately, Holderread hasn’t decided to stop breeding Harlequins yet, so maybe I’ll get some another time! 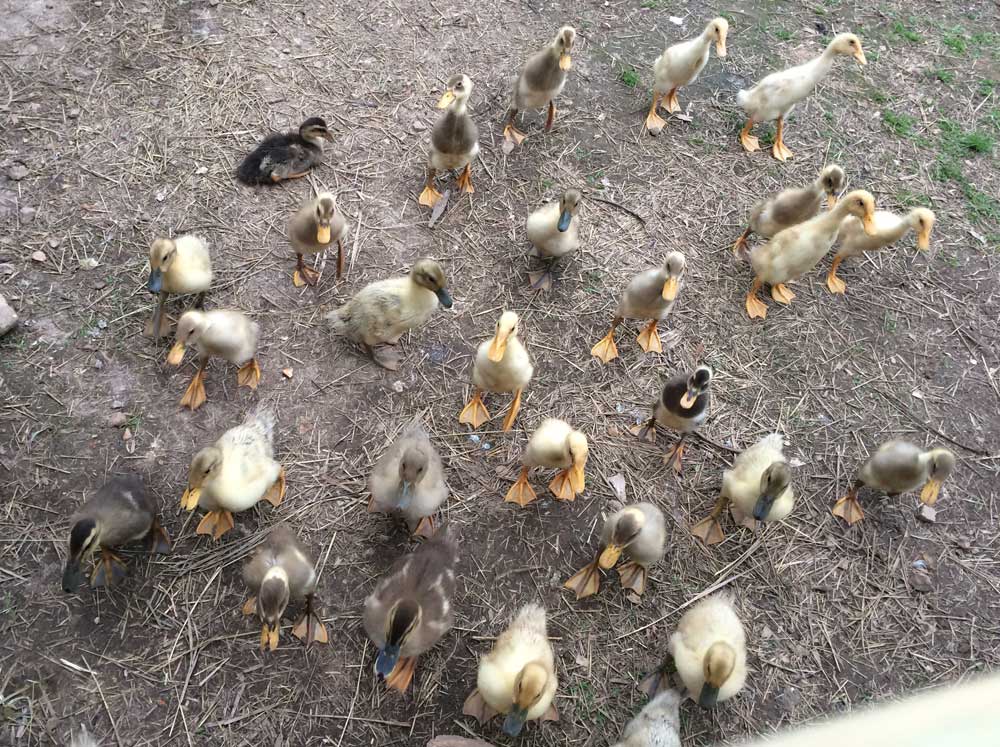 I wound up keeping all of the ducks I ordered from Holderread this year aside from three Runner males. I lucked out and got enough females that the remaining males won’t cause a problem. 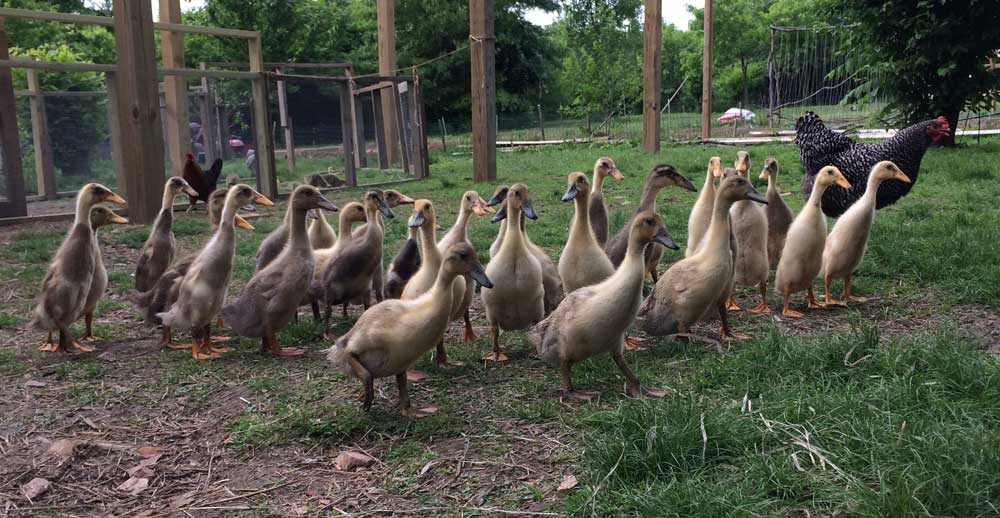 I’m very happy with my experience buying from Holderread Waterfowl Farm & Preservation Center and look forward to ordering gold Harlequins from them in the future. I highly recommend them to anyone who is interested in quality stock. Get them while you can! 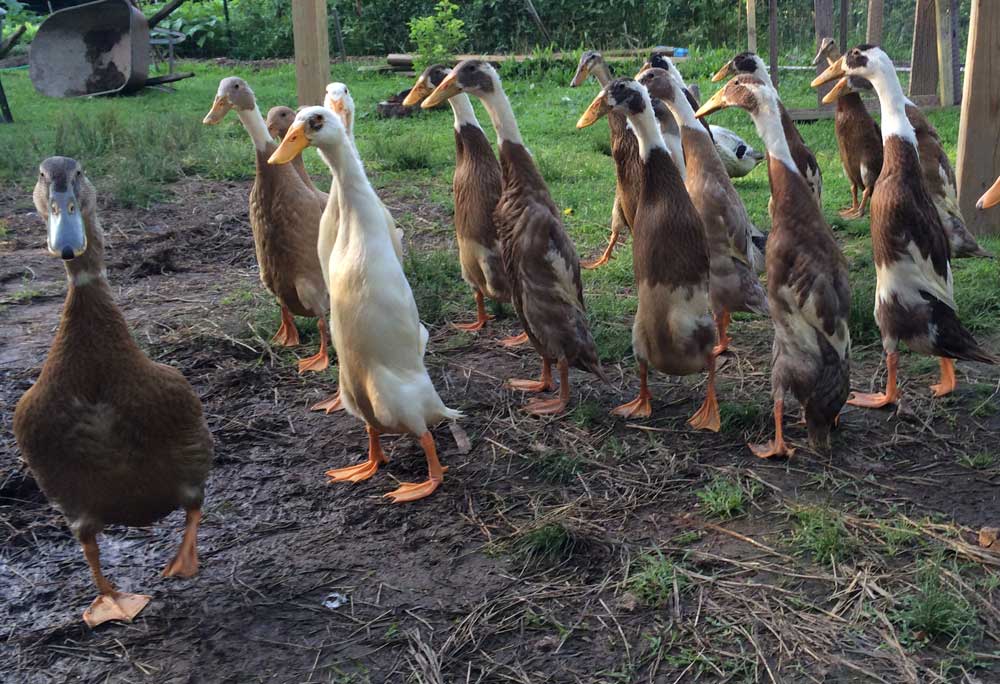 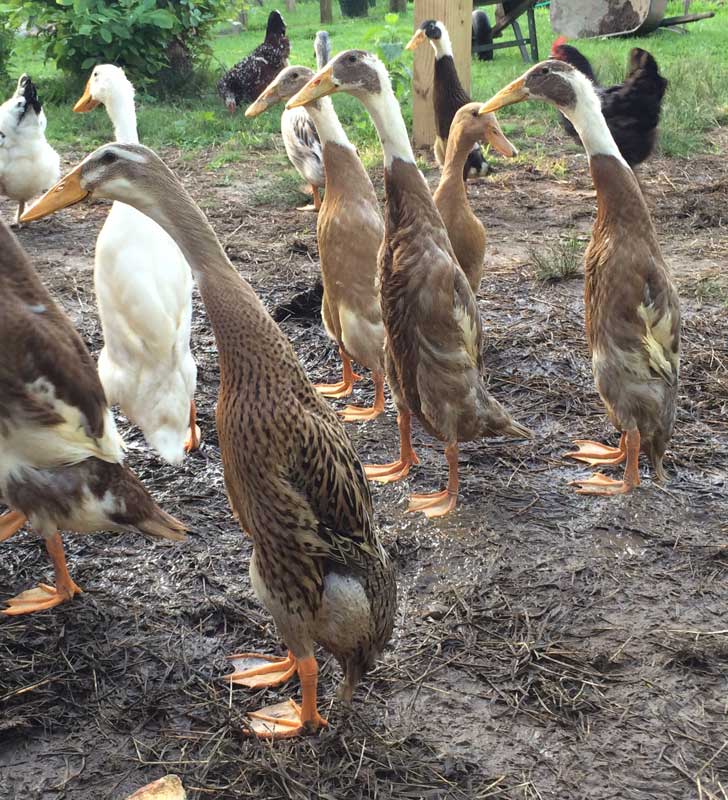 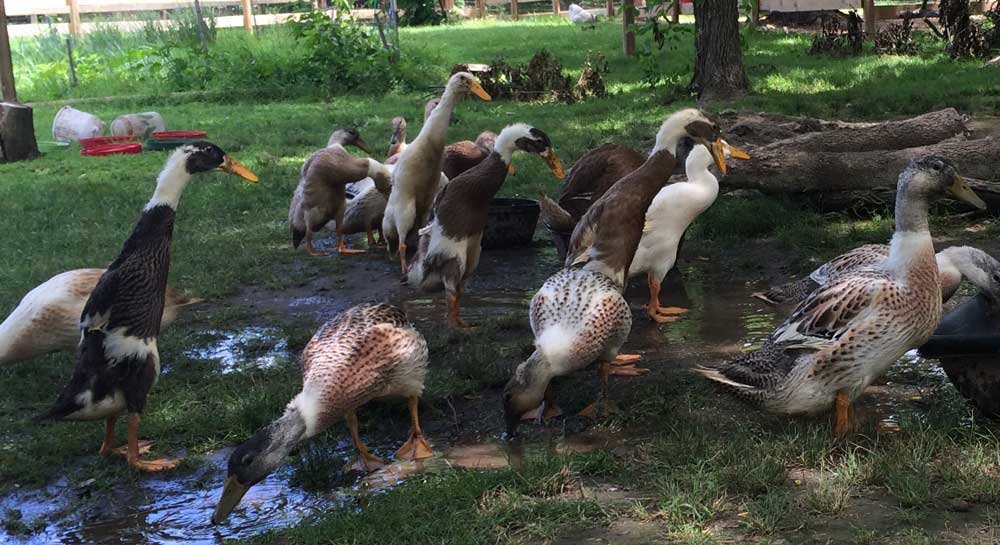 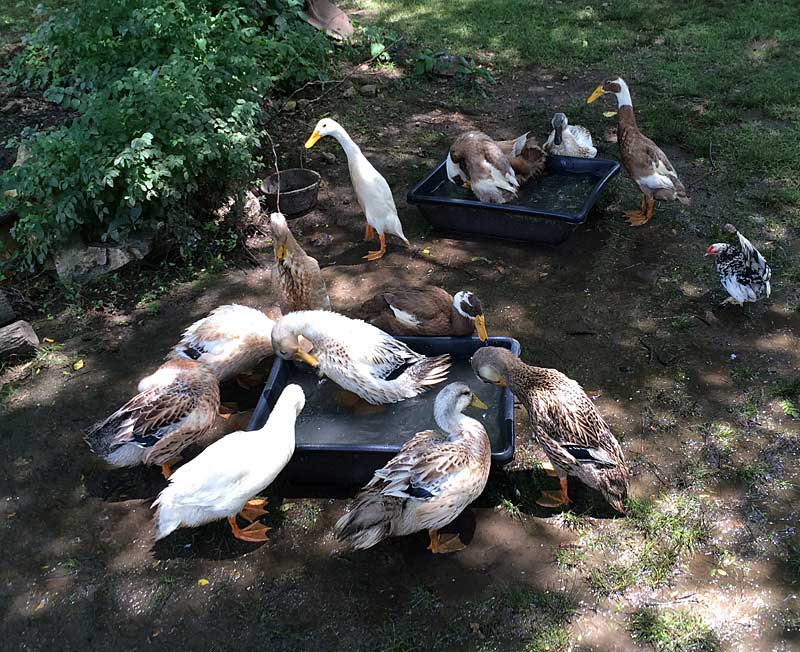