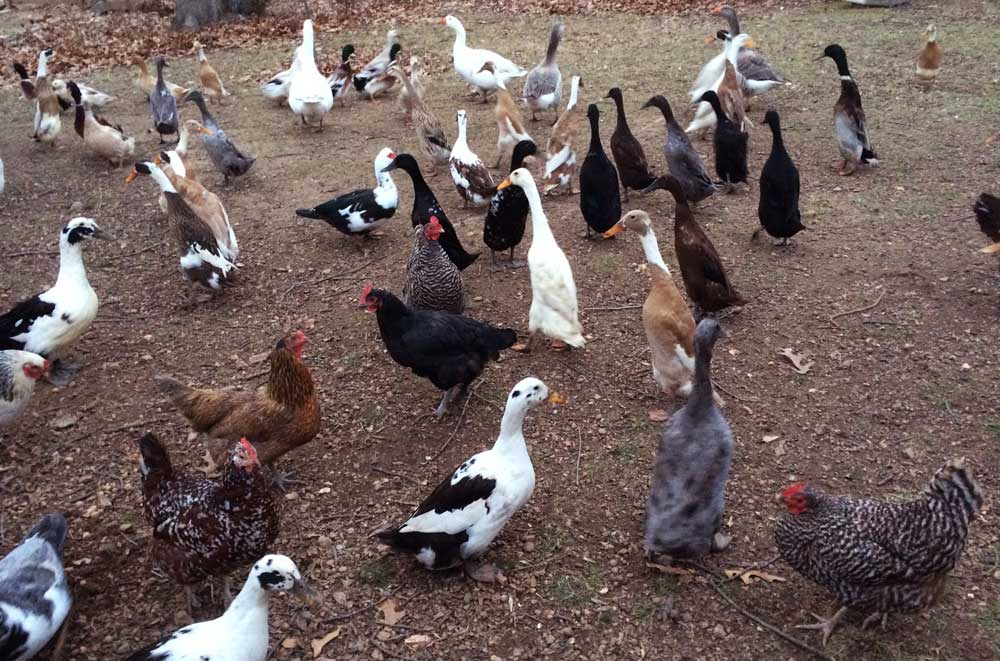 Many poultry enthusiasts like to joke that chickens are a gateway animal–meaning it’s usually pretty tough for people with a couple chickens to not also expand to “a couple” ducks, geese, guineas, turkeys… you get the idea! Many people wonder if it’s possible to keep different species of poultry together. The simple answer is yes, but the logistics are a little more complex.

Chickens get along with most other poultry. For the most part, my chickens intermingle with the ducks, scratching and pecking while the ducks splash and root for bugs.

The ducks don’t seem to mind the chickens either, but they seem more shy. It isn’t uncommon for chickens to peck ducks away from the bowl of feed they are eating out of.

Geese can be a little trickier. They are extremely territorial by nature, but if they are raised with other poultry, most geese grow up to be accepting of other poultry–if not altogether friendly! It is normal for geese to herd other poultry away from them, but most do not attack other poultry without a good reason. 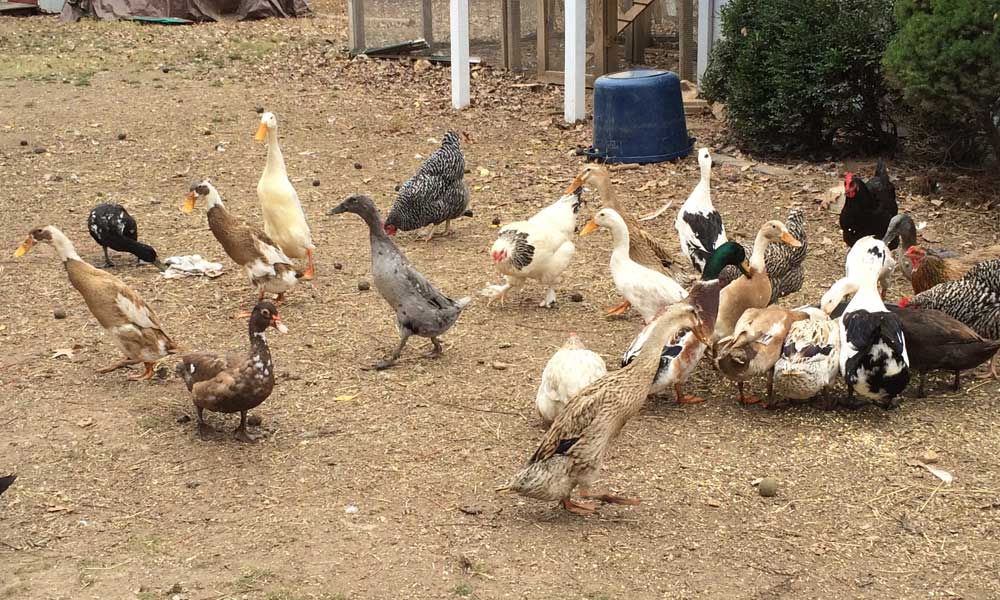 There are two general rules for keeping different species together. Never house them together at night (keep each species separate to prevent territorial fighting in close quarters) and give them plenty of space to roam during the day to do their own thing.

You will always have to keep an eye on things. Some individuals prove themselves to be extremely aggressive, such as a single goose who decides ducks are its mortal enemy. In these instances, it is best to separate the poultry who don’t know how to play nice, either by rehoming the offender or simply keeping them in separate fenced yards.

I have found food to be a wonderful way to get the different species used to each other. Every night I throw the poultry handfuls of tiny vegetable pieces as treats and they all race to grab it. Since they all want the food so much, they tend to race in, side by side with each other, which in turn gets them used to being bumped into by the other species.

As long as you keep an eye on the state of your flock and make sure they have plenty of space to associate with their own kind, there is no reason why you can’t successfully keep chickens, ducks, geese, and other species of poultry together in your barnyard.