“What sort of bedding should I use use in my duck house?” It’s one of those questions that has no right answer. Some suggest straw, others suggest gravel, and many suggest simply doing what works best for your situation. I prescribe to the last method.

So, when my duck houses were deluged with rainwater and turned into an awful muddy mess, I eyed the masses of fallen leaves littering the yard and thought… why not? 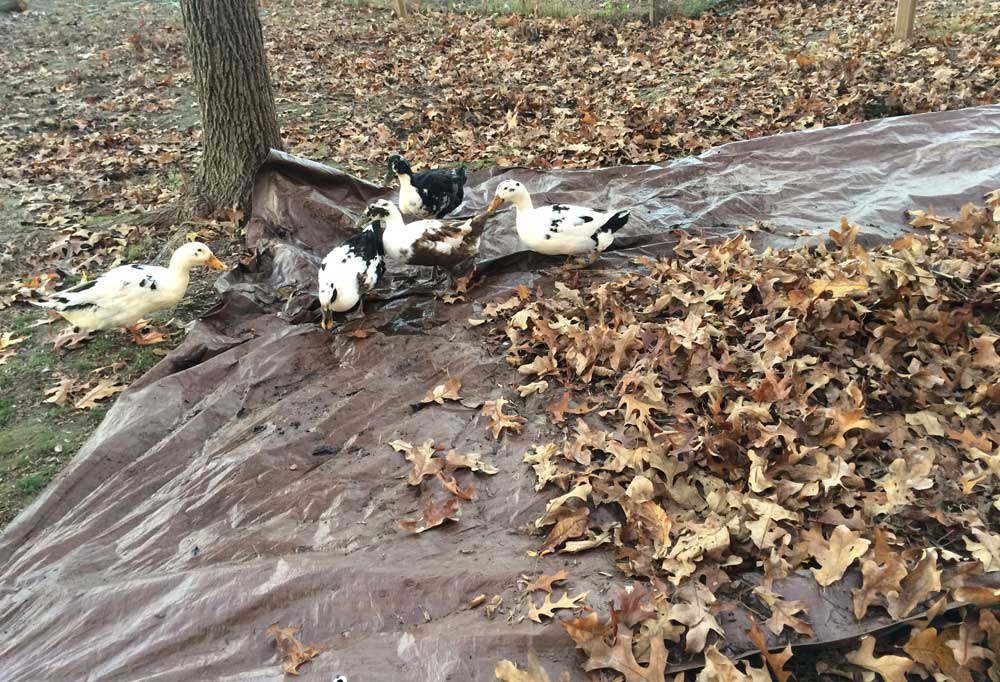 The first thing I did was rake the leaves onto a tarp. Of course, the ducks were utterly fascinated by this, as demonstrated by these Ancona girls.

Once I felt I had enough leaves to fill the duck house, I bundled up the tarp and dragged it across the yard (after making sure there were no ducks still inside the tarp, of course!). 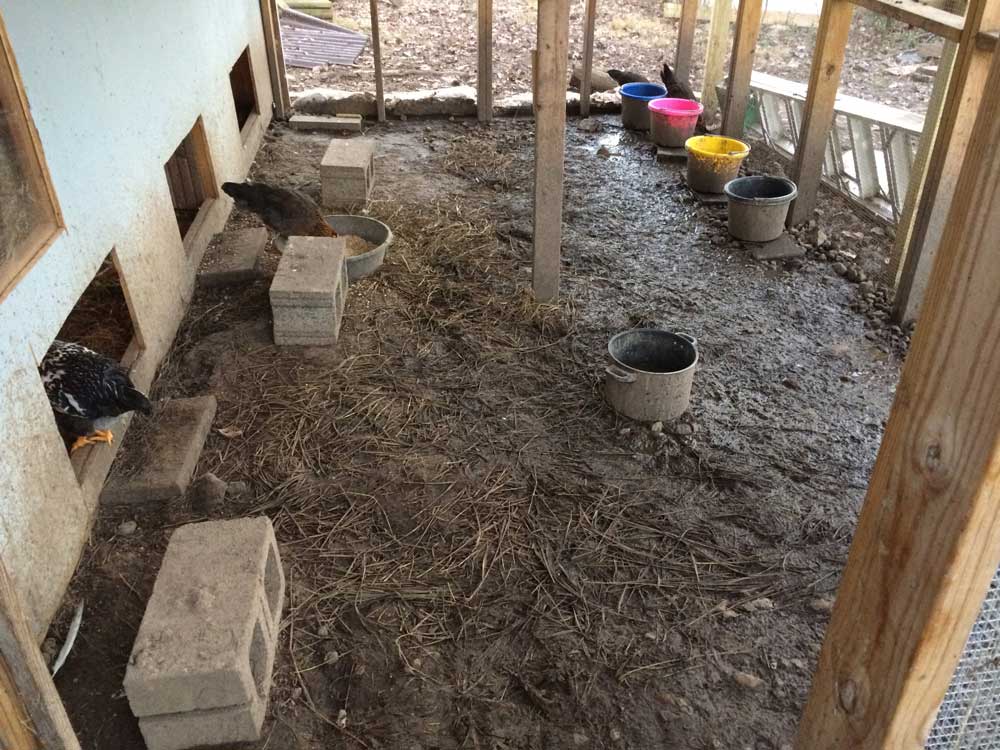 This is what the duck house looked like before the leaves were added. It has a gravel base, but it quickly gets packed with mud. 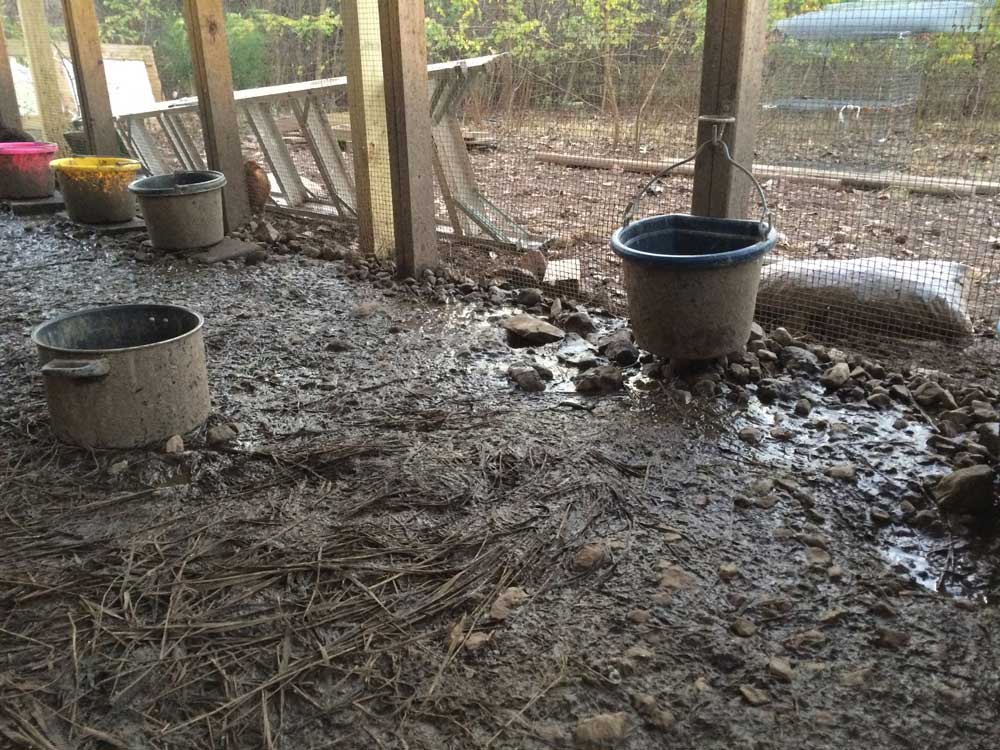 During the majority of the year, I sprinkle a thin layer of hay or straw inside whenever it gets too wet, which the ducks trample down into a dryer layer of bedding. But since it’s fall, I decided to experiment and see if leaves would be just as effective as hay. 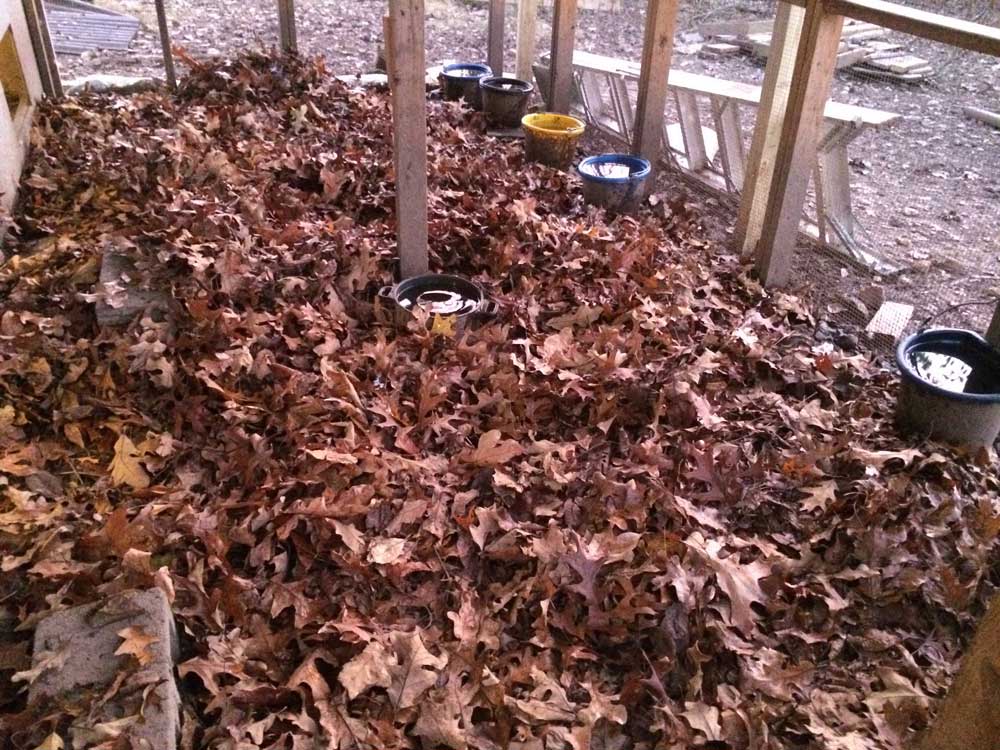 Once the leaves were distributed inside the house, I realized I had a few too many in there… the ducks can’t trample what they can’t get on top of! 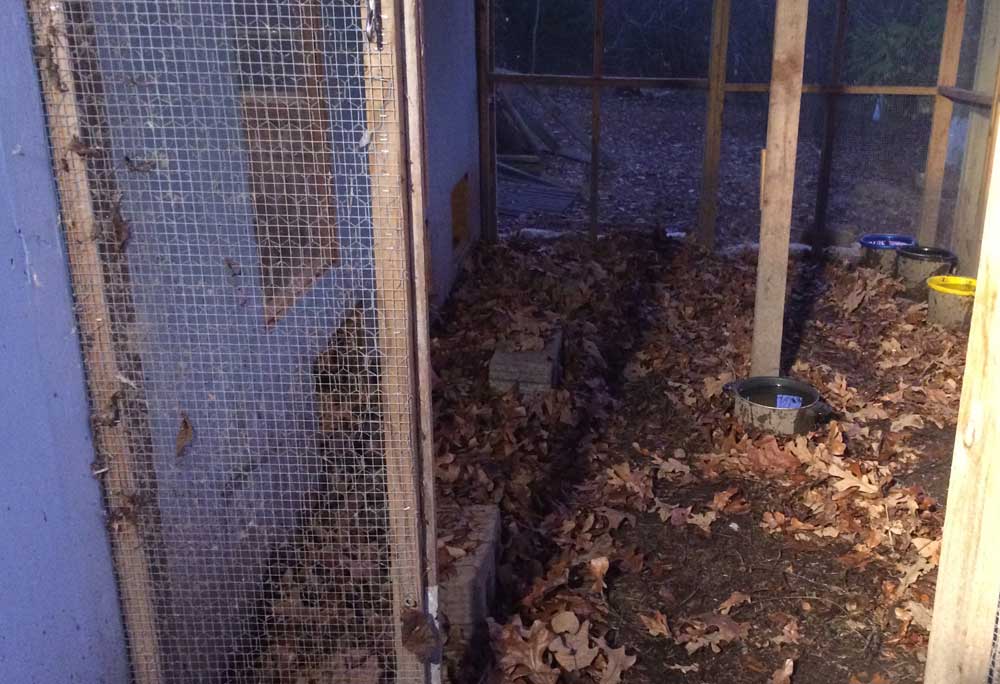 It was getting dark, but I was able to scrape out about half of the leaves. This left me with a more sparse layer of leaves which the ducks could certainly trample into the mud.

I’ve been using leaves for about a month now and am very happy with the results. The ducks continuously trample them into the mud, and it’s easy to rake new leaves on top whenever it gets too wet again. The ducks certainly seem to appreciate it! 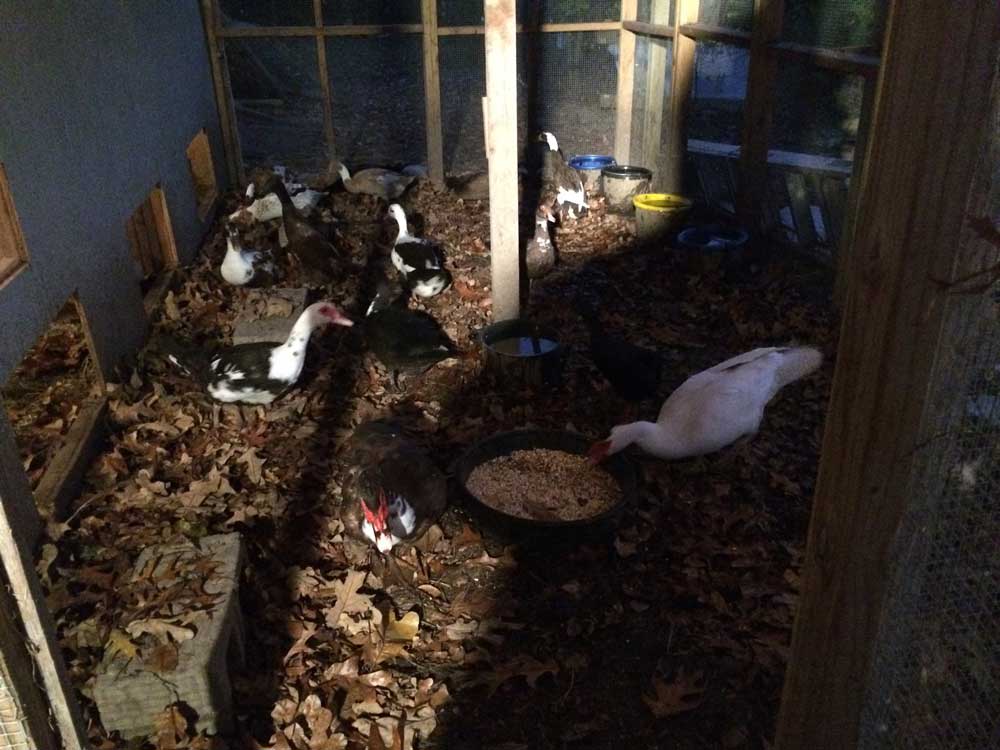